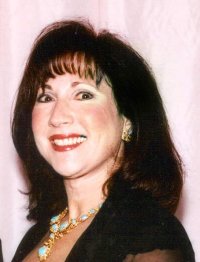 Jo-Ann Rifkind knows the suffering that one diabetes diagnosis can inflict on an entire family. Actually, her family has been struck multiple times with this devastating reality. She's also watched her close friend's daughter lose her battle with diabetes at the age of 21. She's experienced too often the fear associated with this relentless disease, and she has pledged her support to the curing of it.

Rifkind was invited by friends to become involved with On Target, a group of volunteers that raises funds for the Diabetes Research Institute. Through her involvement, she met the DRI's Scientific Director Dr. Camillo Ricordi and Scientific Director Emeritus Dr. Daniel Mintz and became confident that this was the place where things were happening and her support would make a real difference.

Rifkind saw firsthand how her loved ones carried on the charitable traditions they had initiated during their lifetimes by including the causes that were important to them in their estate plans.

"Including a bequest in my estate plan for the Diabetes Research Institute Foundation and other causes that I am involved with was second nature for me," said Rifkind. "With proper planning you can help others, yourself, and your heirs because of the tax benefits that you receive by incorporating charitable giving into your plans."

Rifkind believes in passing on the values that she learned from her parents and grandparents to her children. She wants them to understand the importance of giving to charity and hopes that others will initiate the tradition in their families as well.

Once her decision was made, and a bequest was set up for the DRI Foundation in Rifkind's trust, she informed the staff at the Foundation office and became a member of the Diabetes Research Institute Heritage Society. She is proud to be listed on the Heritage Society Wall at the Institute and hopes that others will do the same.

Click here for more information on creating a legacy by providing for the DRI Foundation in your will or trust.